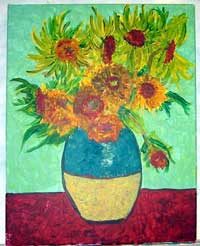 Vincent Van Gogh (1853- 1890) was son of a Dutch pastor in The Netherlands. He was a Dutch Post-Impressionist painter whose work had a far-reaching influence on 20th century art for its vivid colors and emotional impact. Little appreciated during his lifetime, his fame grew in the years after his death. Today, he is widely regarded as one of history's greatest painters and an important contributor to the foundations of modern art. Most of his best-known works were produced during his final two years in Arles France. He painted several studies of the Sunflowers as a deliberate experiment in color. Our project uses one of Van Gogh Sunflower still life to work on the elements of composition and color.

Materials: I have used acrylic paint, oil pastel, watercolor paint, watercolor pencil and chalk pastel for this project. I like to have the students be like Van Gogh and try the project several times and then look at the results.

Step #1: Draw the bottom of your flower vase. Draw a line behind the vase for the table. 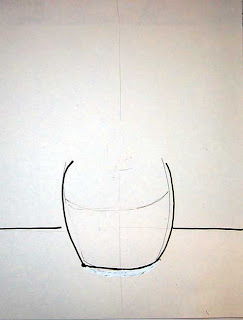 Step #2: Draw in circles and ovals for your sunflowers as shown below (Van Gogh sunflower works had from 9 to 15 flowers in the vase). 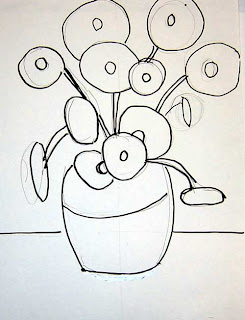 Step #3: Draw in flower petals, stems and leaves with the materials of your choice. Have fun with color and experiment. 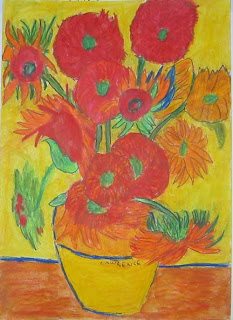 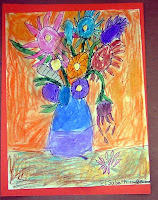 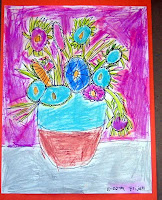 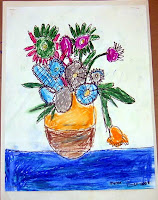 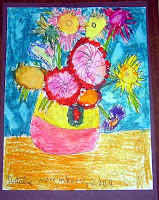 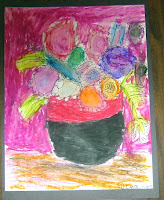 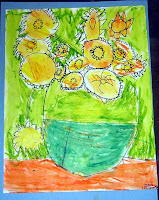 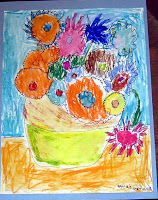 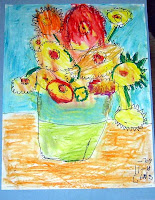 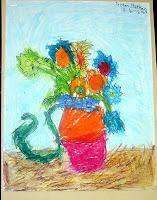 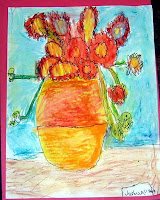 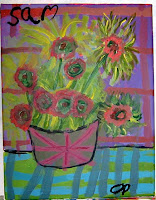 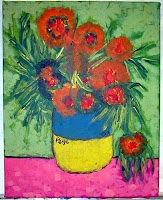 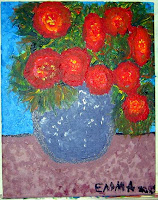 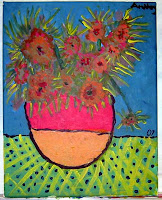 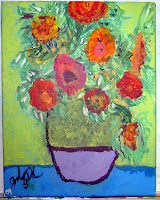 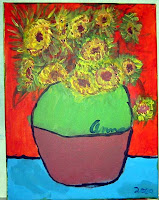 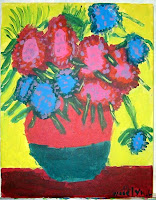 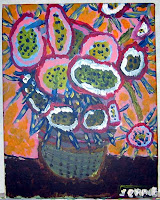 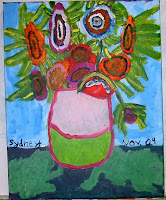 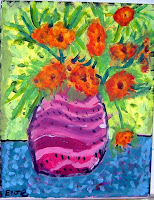 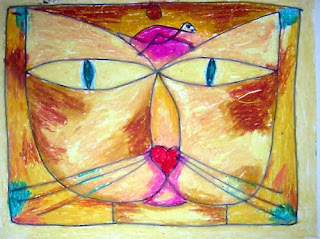 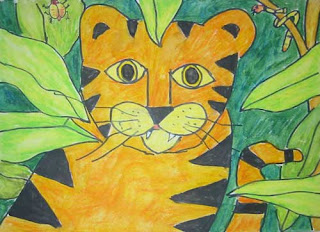